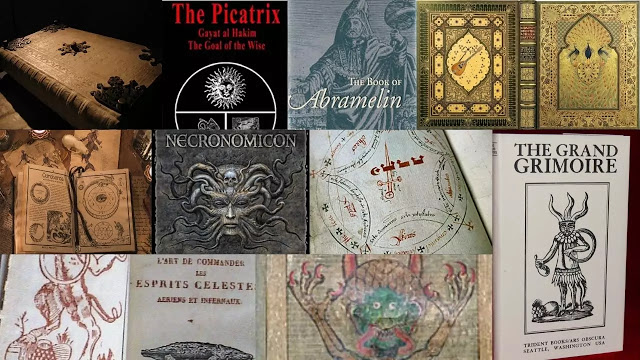 Top 10 Most Mysterious Books That Should Not Exist In This World, But They Exist. 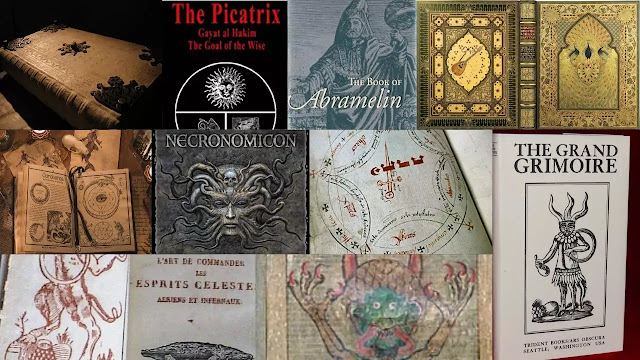 10 most mysterious books that should not exist in this world, but they exist. Friends, Today in this article, we are going to know about 10 best mysterious books, that will surely surprise you and scare you. For the first time, you will not believe what’s there in these books.

You must have read many books in the world, but the books that are being talked about today are related to a different dimension. These books are full of the satanic world and negative energy.

Although it is never wrong to read a book, there are many dark and mysterious books which have no relation to logic, but still have to believe them. Such books should not exist in this world, but they exist. 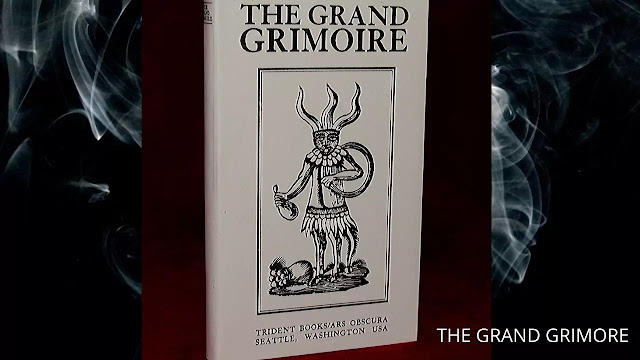 This book is also called The Book With Incredible Power and to get this power one has to pay a huge price. It is also known as Darkest Book In The World.

It was written in 1512. Regarding the man who wrote this book, people believed that the person was in the possession of Satan.This book is so dangerous that it has been kept in a safe place by ritualizing it inside a building in Vatican City.You will not believe what is written in this book. How to make contact with Satan and Demon, All these things have been written in this book and people believe that if a person reads this book completely, then he will have to sell his soul to Devil. For this reason, this book is kept in a safe place inside a vault.
2.THE BOOK OF ABRAMELIN 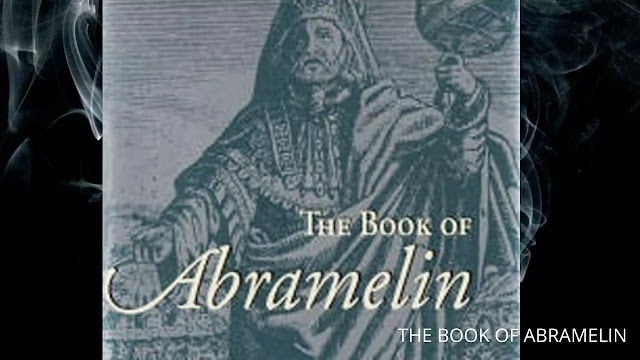 It is a 15th-century book and was translated into the English language in the 19th century and has since been considered a cursed book. This book was written by a person named Abraham. Abraham went to Egypt, where he found a magician. Which told him about the many rituals of magic. The magic that is beyond this world. He told him about such demonic powers that are beyond this world.Abraham wrote all of those negative knowledge and all those rituals in one place. This knowledge emerged as a book, which we now know as The Book of Abramelin.In this book, you will get to read strange types of topics. You will get to read about the strange customs like how to wake the dead. About the location of the gold and treasure in the world, how to make contact with the spirits, the way of disappearing and the magic of flying in the air is also given in this book.The author of this book believed that there is a devil inside every human being and the way to make contact with the same devil is written inside this book. 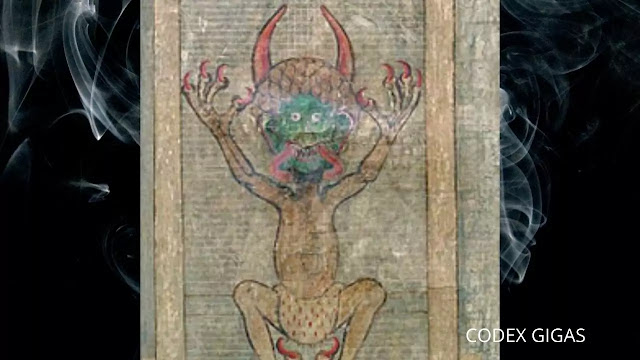 In 1648, the 30-year war was about to end. The Swedish Army looted the City of Prague, they looted it and returned to the Swedish and they received this book in their loot. It was a very big and heavy book. The weight of this book was 74 kg and the name of this book was Codex Gigas, also known as Devils Bible.
This book had 320 pages earlier and today where this book is kept there are only 310 pages left and this book is also protected like Annabelle with a Do Not Touch sign.
The one who wrote this book was a Monk. The monk broke his oath and because of breaking his oath, he locked himself in a room to punish him with no food and he agreed to die.
But while dying, he was determined that whatever secret I know about this world, I will write all the things that I know about witchcraft in one place. Even on the last night of his life, he did not complete that book. So he called the devil so that the devil could complete this book. He told the devil that you take my soul and complete this book.
Many believe that this book was completed by none other than Satan and that the last 10 pages were written by the Devil. But later it happened that 10 pages were written by Joe Devil, Someone stole them. Right now, the one who has 10 pages, no one knows what he will be doing with those pages. 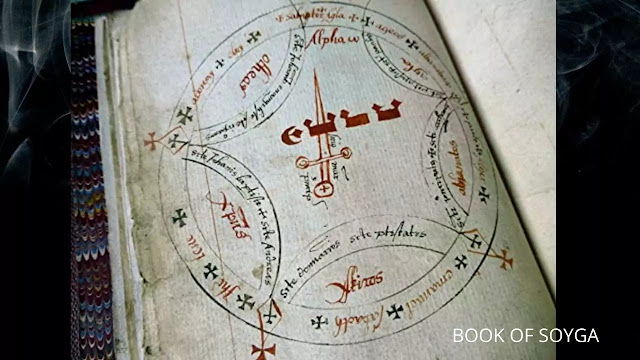 Book of Soyga, also known as the Book of Death. Many magical things and rituals have been mentioned in it and for years it was believed that this book had been lost. But in the year 1990, it was suddenly found in a corner inside the British Library.
The language of this book is very strange. Each letter exists within 1 square and in the form of 1 grid. It has a total of 197 pages. A famous scholar named John Dee attempted to decode the book. According to the legends and stories, he also invited an angel named Uriel for this work.
That angel told him that this book can only be decoded by whom who deserves it. The common man cannot know the mysteries of this book and hence cannot decode it.
John Dee had 3000 books. Out of those 3000 books, 2999 books had nothing strange, nothing logical and nothing special. Only this book had some mystery.
The book disappeared with the death of John Dee in 1608. But this book appeared in the British Library in the year 1990. The strange thing was that it appeared not only in one place but in two places simultaneously. First in the British Library and second in the Bodleian Library Oxford, and Even today, this book is kept at both places. 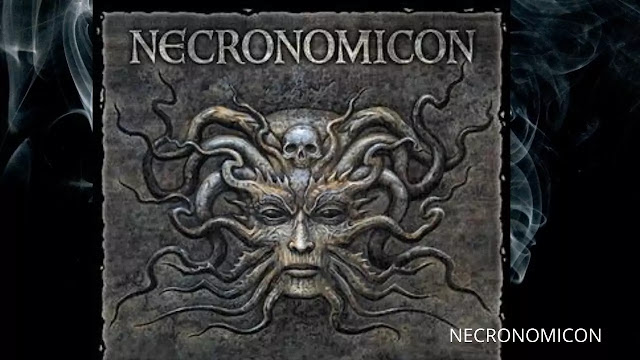 It is also called The Book Of Death. The exact way of how to make contact with the dead is given in this book. Weird animals can be seen on every page of this book. This book has also appeared in horror series such as the Friday Thirteen Series, Evil Dead Series.

The book is still kept at the University of Massachusetts’ Miskatonic. The original copy is kept locked at this place. It is also called Most Haunted Book of All Time.

Here is an affiliate link of H. P. Lovecraft’s book THE NECRONOMICON.  4.7/5

THE NECRONOMICON collects together the very best of Lovecraft’s tales of terror, including the complete Cthulhu Mythos cycle, just the way they were originally published. It will introduce a whole new generation of readers to Lovecraft’s fiction, as well as being a must-buy for those fans who want all his work in a single, definitive volume.

Obviously, Lovecraft is a master storyteller and anyone who enjoys horror should read his work. The book contains many of his best stories and there is another edition containing the rest of the collection. 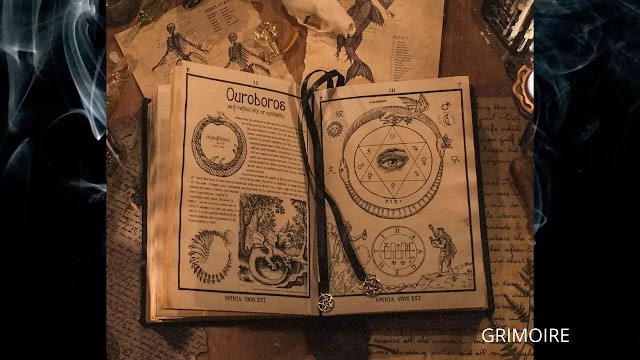 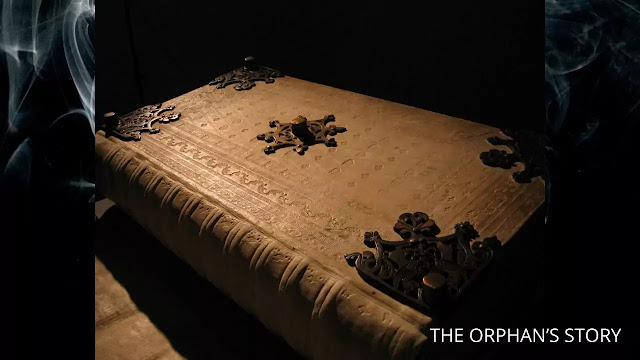 This book was written around the 1600 century. This book was written by a monk. This book has also been decoded and translated. The most frightening thing related to this book is that this book has been considered the most cursed.This book tells the story of a 14-year-old young boy who leaves his home and goes to the governing area of ​​Spain. To move forward in Fortune and his life. In this book, the journey of that boy to Spain is told. How he fights to pirates. He is thrilled in many places and becomes a soldier after learning many skills and then later becomes a monk.But the strange thing is that this book was written in the 1600 century. But it was published 400 years after that. In 2018, it was brought to the public. The story of this book is like a normal book. however, people consider it cursed. Because before 2018, whoever tried to translate and publish it, died of some accident or some other reason.Do not know how many times an attempt has been made to publish this book or to bring it to the public. But every time something happened to the person publishing this book. But those who published this book in the year 2018, by the luck, they are still alive. 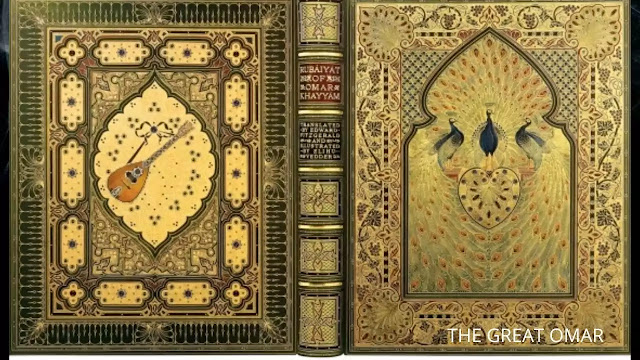 Francis Sangorski was a bookbinder who lived in London. He created a book that is actually called cursed and not just cursed but also called Most Cursed Of All Time.

This book is also believed to be the cause of Titanic’s sinking. Because when the Titanic, known as Unsinkable, was submerged, this book was on it. And now this book is lying somewhere in the middle of the Atlantic Ocean with the wreck of the Titanic. After that, its original copy was not found so far.Later, a second copy of this book was made with the original drawings of the author of this book. Which was, when the London bomb dropped in World War 2, this book was destroyed in the same incident. Then the original drawings made by the same author’s hands were barely discovered and after 40 years of hard work an author published the third copy of the book and donated it to the British Library for safekeeping.But the writer (Stanley Bray) who made the third copy of it died a few days later, due to some unknown reason.That’s why this book is considered cursed. 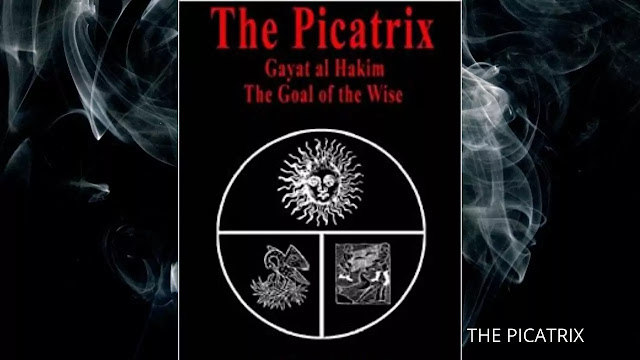 It is a book full of magical Tantras and Mantras (Magical Rituals). The book was created with the help of an Arabic title Ghayat-al-Ḥakim. This book appeared to the world in the 11th century. This was the time when the Arabs were far ahead in Gimiyagiri i.e. chemical science and biology and at the same time this book was written by an Arab.There are many such Tantras and Mantras in this book, due to which a person can get the ability to change to some other form. In this book, there are recorded ways of performing different magic by mixing brain, blood, urine and many chemicals and along with this, many types of warnings have also been written on this book. This book is quite popular all over Europe hence it has been published in many languages ​​here. 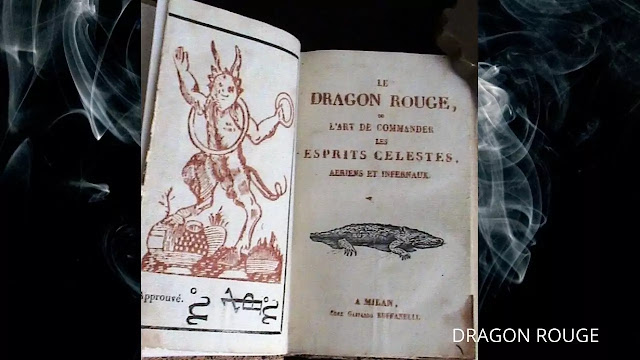 This book is based on the beliefs of the Jews. A copy of this book is still present in the Vatican Archive. It is famous for this book that it cannot be ruined nor can it be burnt by fire.
~~~
Friends, such mysterious and dangerous books still exist in this world. No one knows why and how these books were made. What was the purpose of making these books? It is still a mystery.
I hope you like this information about the most dangerous and mysterious books.
Share this article with all your friends and curious people like you.