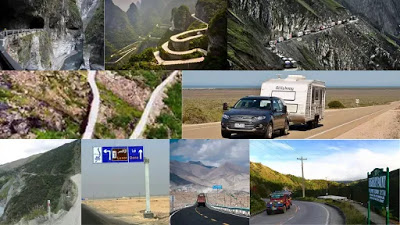 Top 10 Most Dangerous Roads In The World
You drive often and you must have traveled many roads during your driving.Some roads may have been convenient for you and some have not. 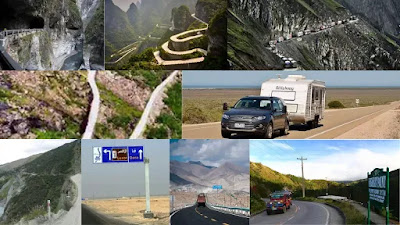 Today, in this article, we will know about Top 10 most dangerous roads in the world, On which you may need to get your life insurance before traveling.
1. PASSAGE DU GOIS (FRANCE)

This road from France connects Mainland to Noirmoutier Island, which is located on the Atlantic Coast of France. The length of the road is about 4.5 kilometers. At first glance, this place looks very beautiful.
But after a few hours, your perspective will change. On this, the tide comes twice a day due to which this road is completely submerged in water. At such a time, if a car gets stuck at this place, the water takes away the car with it.
2. EYRE HIGHWAY (AUSTRALIA)
It is a 1675 km long road. Its 145.6 km stretch is straight, due to which it is the straightest road in the whole of Australia. Many animals (such as kangaroos, elephants), etc. pass on this road, due to which it is prone to accidents, so this road is also called Slaughter Alley.
3. Halsema Highway, Philippines

It is situated at an altitude of 2000 meters above sea level. It is safe only during the summer season. Apart from March and April, there is heavy rainfall and fog here in the other 10 months, due to which it becomes difficult to travel.

4. Patiopoulo-Perdikaki Road, Greece
This road is 23.5 km long. It is a very narrow road. There is no signboard on it, so there is a risk of life on it. But the view around it is very beautiful.
5. Taroko Gorge Road, Taiwan

It is also known as Highway No.8. It is the most dangerous road in Taiwan. Everyone thinks once before passing this road. This road has been constructed by cutting a mountain. It is very narrow and there is a moat on one side of it. There are heavy rainfall and earthquakes keep coming here. Landslides also keep coming on it.

This highway made by cutting the mountains is the highest international highway in the world, which connects China and Pakistan. This path made in the mountains is dangerous from the beginning. There are heavy rainfall and snowfall here. Many times there are also conditions of flooding here. There are many terrorist camps on this highway, which makes it more dangerous.
8. Tianmen Mountain Road, China
To cover a distance of just 1100 meters (1.1 km), this road has been built on Tianmen Mountain which is 11 kilometers long. This road has 99 turns like hairpins, which are quite dangerous to see.
9. Luxor-Al-Hurghada Road, Egypt
This historic road lies between Luxor and the Red Sea. In the Hurghada region, no one is advised to take a car and pass on this road because many criminals and terrorists are living here, who attack the passengers who pass in the night, they loot and kill them. Apart from this, this road is also very bad, due to which many accidents also occur at night.
10. Skippers Canyon Road, New Zealand
It is considered the most dangerous road in the world. It is said that one should not drive without life insurance on this. There are many dangers to this road, which can kill you. There have been many moats(Ditches) on this road, so many places have been broken and in many places the road is narrow. In this case, a small mistake can cause an accident.
The length of this road is only 16.5 km. But there is danger at every step. There are many such places on this road from where two Vehicles cannot pass together. Therefore, the danger of accidents remains in this situation.
~~~~
I hope you have enjoyed knowing about the 10 most dangerous roads in the world.So what do you have to say about these roads?Have you traveled to these roads? If yes, then do tell by commenting and if you are planning to travel them, then definitely think once.