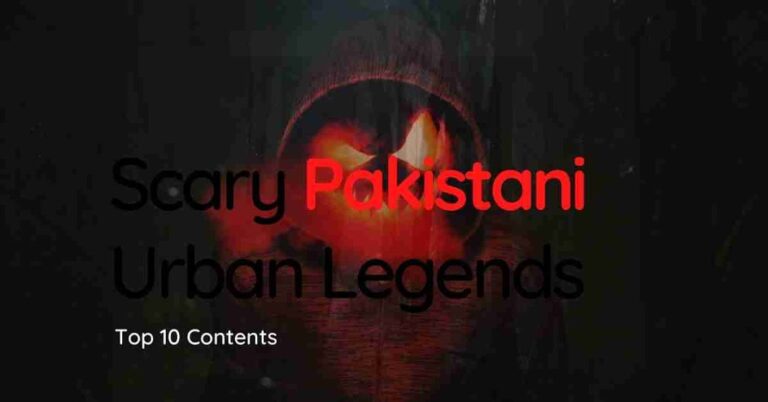 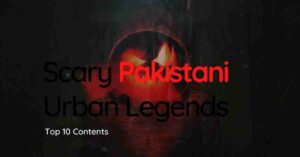 During the ’90s, the Chadda group was known across the country as a scary and sinister group of young men who would break into houses and steal your most valuable possessions. Once they would break into your house, they would steal your valuables, break your possessions and do it all in record time. That’s because they are extremely stealthy, agile and they would lather themselves in oil or grease so that they would be impossible to catch. During these times, people were extremely scared of the Chadda group urban legend and they were always scared that they would be their next victim.

There is an infamous urban legend in Pakistan that was circulated back in 1998 and it says that random victims who attended a crowded movie in a theatre or nightclub would be injected with Aids. It’s easy to say that this urban legend obviously isn’t real today but back then, people were legitimately scared that this would happen to them or their loved ones. There are so many chain letters that circulated all of the internets and here is an example of one. This creepy letter says, “Please check your chairs when going to the movie theatres! An incident occurred when a friend’s co-worker went to sit in a chair and something was poking her. She then got up and found that it was a needle with a little note at the end. It said, “Welcome to the real world, you’re HIV positive.” Yeah, I think I would be totally freaked out too but thankfully we now know that this urban legend is just a myth.

Have you heard this one before? This is a common Urban Legend that exists in a bunch of other countries such as the UK, Algeria, Korea, and Romania. Well, the story goes like this, a young man is driving alone at night when all of a sudden he spots a beautiful woman on the side of the road who asks him for a ride. He picks her up and she tells him that she wants to go straight home. Once they are driving, she falls asleep in the back seat so when they get to her house, the man knocks on the door and tells the mother that he has her daughter in his car who is fast asleep. She tells the man that this can’t be possible because her daughter has been dead for a few years. When the mangoes back to his car to check the back seat, all that remains are her clothes. There is no sign of this missing girl anywhere.

7. The haunted Devil’spoint in Karachi.

According to the local legend, there have been many reports of voodoo, dark magic, and ghost sightings at this location. People have also claimed that they have seen a creepy and evil-looking man sitting on a chair in the water, chanting something evil. People who have seen this man never went up to him because they were too freaked out to approach him. If I saw a scary old man, floating in the water on a chair, making some creepy chanting noises – I would probably run in the opposite direction and never look back. Actually, I would probably never go to a place that is known as Devil’s Point. I think I would much rather spend my time at angels point, or heavenly point.

In the late 1980s, the city of Karachi had an increase in murders, and they all were done in a similar manner. At first, the police suspected that the killings were done by a sadistic serial killer but then the police theorized that the murders were actually done by a group of people who went out on a killing rampage. This group would supposedly break into your house, steal all of your valuables, and then hammer you to death. This stirred up a lot of panic in this city which caused all of its residents to hire guards and beef up their security. The last known case was reported in May 1986but no arrests were ever made and the mystery of the Hathora group remains unsolved to this day.

There are a lot of reports of people claiming to have seen a ghost bride wearing a red dress at a very busy intersection in Karsaz. According to the legend, back in the 1970sa young couple was driving home from their wedding night when all of a sudden they got into a terrible accident that killed both of them. So now, people have said that if you are traveling on this road at night time, you will see a beautiful but scary ghost asking you for a ride. If you stop to look at her face, she apparently turns into something evil. Locals from this area have an unwritten rule. They will never travel along this road alone because they are scared that this evil bride will try to pull them over.

The tallest peak in the Chiltan range is said to be haunted by the ghosts of 40 dead children. According to this local urban legend, a couple left 40 babies on top of this peak and left them there to either survive on their own or die. People have claimed that if you go to this peak at night, you can hear children crying out in sadness and begging you to climb up the mountain and rescue them. Well, I think it’s safe to say that I will never visit this peak in my lifetime.

Jinns are supernatural creatures with demonic tendencies and in Pakistan, there are countless urban legends that focus solely on Jinns. It is believed that if you wake up at 3 in the morning, it means that a devil was staring at you. Oh, and if you shower after sunset, you will probably get possessed by a jinn. They also love to attack you when you are sitting under a tree in the evening or night time, so you probably shouldn’t do that either. It is also believed that when you talk about jinns, they will gather around and listen to you. Great…so now my studio is going to be haunted by Jinns.

If you say Pichal Peri out loud she is supposed to make an appearance, so maybe she will appear in this video, hopefully not though. This demonic witch takes on two forms. In most stories, she appears as a beautiful woman who targets vulnerable men. Her entire appearance is disguised except for her feet, which point backward. When she is in her true form, she looks like a witch with a long face, dirty fingers, a hunchback, messy hair, bloody clothes, and large scary eyes. According to the legend, the Pichal Peri will kill any person who she encounters by ingesting their blood or ripping out vital organs from their bodies. Apparently, in many villages in Pakistan, lots of locals and tourists who go into the woods alone, and they are never heard from again.

This urban legend goes by many different names. In Pakistan, it is either referred to as the killer phone number, red number, or cursed phone number. At the end of the day, it doesn’t matter what you call it, it matters if you answer the phone or not. Legend has it that you should never answer a call from numbers that appeared red on the screen. These are known as cursed phone numbers and if you were dumb enough to answer the call, you would hear a high-frequency sound that would cause you to have a brain hemorrhage that would kill you instantly. And supposedly, there were dozens of reports of people who had already been killed by answering calls from these sinister numbers.